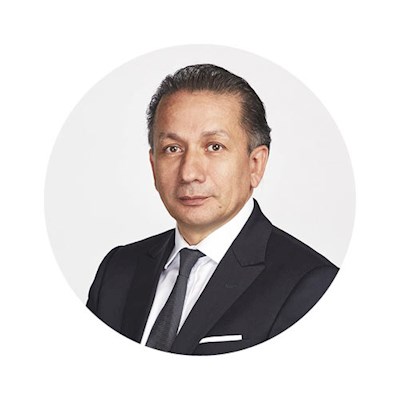 Rhetoric from western central banks remained resolutely hawkish, with the European Central Bank (ECB) promising growth concerns would not prevent a ‘forceful increase in interest rates’. Inflation risks were widely acknowledged as tilted to the upside, as eurozone inflation touched a record level of 10%. The US Federal Reserve raised rates by 75 basis points, and the era of negative rates in Europe came to an end, as the Swiss National Bank and the ECB also raised rates by 75 basis points. Elsewhere, the Bank of Japan committed to ultra-loose policy for another two years, raising its ‘yield curve control’ target to 0.25% in an attempt to stamp out deflation. Oil prices jumped sharply as the OPEC+ group of oil producers agreed to cut production by 2 million barrels a day, in the face of opposition from the US president.

Volatility returned to financial markets with a vengeance. Bond yields rose, and prices fell, in response to hawkish interest rate expectations and temporary panic in the UK government bond market. These falls prompted downward adjustment to equity market valuations, which were further hit by fears of recession ahead of the Q3 earnings season. The US dollar maintained a rising trajectory, consolidating its twenty year high, despite a record level of intervention from the Bank of Japan.

We are experiencing heightened tensions, with both bond and equity markets remaining under pressure. In this environment, despite the severe falls already experienced in both asset classes, we maintain our cautious views and see the twin issues of elevated inflation and hawkish central banks continuing to keep pressure on markets for the foreseeable future.

As such, we remain concerned about equity markets, as we expect the overall market trend to be downward in direction in the months ahead. We continue to favour US and Asia Pacific relative to Europe, where we expect a bleak winter ahead. In terms of equity portfolio construction, we prefer a style neutral approach while leaning towards defensive tilts, such as quality and low risk options.

With regard to fixed income, we continue to be less positive on European government bonds, where we feel the ECB is still behind the curve. And if US bond yields fall from current levels, we will look to reduce our outlook here too. As the economic environment deteriorates further, we have decided to take less risk in bond markets. Consequently, we have become less positive on investment grade corporate bonds. Meanwhile, despite yields in high yield and emerging markets looking very attractive following a significant rise in yields and spreads this year, we feel it is too early to add risk here given the economic outlook.

Elsewhere, we are still positive on cash, although we do have a preference for seeking attractive returns from lower risk sectors, such as short-dated investment grade and high yield corporate bonds.