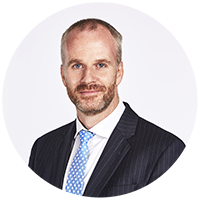 The US dollar has been the global reserve currency, dominating the international payments system, ever since sterling lost its grip on the title around 80 years ago. As the world’s largest economy, with 25% of global GDP, it is perhaps not surprising that the currency of the US should command this position. But the past twelve months have seen the US dollar rise sharply. Tracking a broad move against all major currencies, including hitting parity with the euro, the DXY dollar index has topped a twenty year high. What are the forces driving this already dominant currency higher?

A clue can be found in the rhetoric of the US Federal Reserve, which has promised up to seven interest rate hikes this year. Also, the price of commodities such as oil and metals have soared post pandemic. Most are priced in dollars, meaning global markets need dollars in order to buy them. It’s the old story of demand and supply. In addition, the US currency and US assets generally are viewed as safe havens. The tendency for the US currency to outperform in risky times, such as we have experienced recently, is known as ‘the dollar smile’.

China is the world’s second largest economy, with just over 17% of global GDP. China is also the world’s biggest exporter and therefore a major player in global trade. So will the renminbi challenge the dollar’s dominance anytime soon? Experts view this as unlikely. The Chinese currency suffers from capital controls and China’s capital markets are not freely accessible, meaning the renminbi remains far from taking a position on the global stage. While almost 60% of global foreign currency reserves are held in dollars and 20% held in the euro, the renminbi currently trails in the low single digits.

Nonetheless, recent geopolitical upheaval has raised the possibility of a shake-up of the current order and even a loss of status for the mighty greenback. The invasion of Ukraine by Russia in February brought massive disruption to the established order of global payments. Sanctions were piled on to Russian exports, including energy and industrial metals, and around half of the Central Bank of Russia’s $630 billion foreign currency assets were frozen. Russia was excluded from the Swift system of international payments and was forced to seek other markets for its exports, as well as to accept alternative currencies in payment.

China continues to import oil from Russia, for which payment is now accepted in renminbi. Equally, the countries along the length of China’s Belt and Road Initiative, which aims to recreate the historical Silk Route of East/West trade, are encouraged to pay for goods supplied with renminbi. It is possible that a multipolar world with two economic systems, could start to evolve. The Chinese currency’s position within global trade will likely advance, while the US dollar’s domination of global currency reserves looks set to remain unassailable.

Interest rate differentials between currencies, and the change in their trajectories relative to one another, are very powerful forces within currency markets. And they are currently working in favour of the rising dollar.

However, a rising interest rate environment typically creates negative moves in fixed income or bond markets. Bond yields tend to rise in anticipation of interest rate rises, meaning bond prices fall. At Architas we were underweight government bonds for some time, but have recently become more positive, believing the sharp jump in yields is behind us.

We do not tend to take foreign currency positions in our portfolios, not wishing to lose returns via currency fluctuations. Although foreign exchange can offer a small diversification effect, we look to a portfolio diversified among other major asset classes to help us navigate volatile markets.