Does the bond market crash signal the end of the 60/40 portfolio? 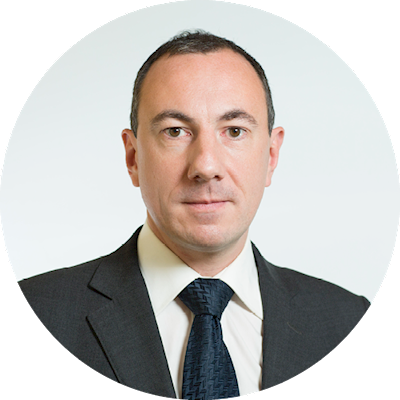 Does the bond market crash signal the end of the 60/40 portfolio?

A perilous year so far...

It’s been a brutal year most investors would want to forget. Russia’s invasion of Ukraine rattled markets exposing an energy crisis and globally red hot inflation has dominated headlines and markets. As a result, 2022 has been characterised by broad-based declines across asset classes and countries and sliding investor confidence.

Markets have experienced the worst bond sell-off in decades, with little sign of its ending as central banks battle to stamp out the strongest inflationary pressures in 40 years. And the turmoil has also caused a vicious sell-off in stocks. The US Federal Reserve’s (Fed) aggressive jumbo-sized rate hikes, intended to suppress decades-high inflation, have been a major driver of the US dollar’s strength and triggered a global US dollar shortage. Japan, the world’s third-biggest economy, stepped in to defend the yen after the currency rapidly tumbled to a 24-year low against the dollar. Just days later, concerns over the UK's new economic policy added to the already heightened volatility, igniting a historic sell-off in Britain’s currency and gilt markets, which even spilled over into safe-haven US Treasuries and top-rated German bunds.

These global events have added to a powerful pullback in the US Treasury market, which accelerated after the Fed delivered its third straight 0.75 percentage point rate rise and signaled significantly tighter monetary policy to come. And the move upward was particularly quick and brutal by historical standards. The sharp increase in yields has caused a strong negative performance year-to-date (as of 30 September): almost -14% for an index of US Treasuries of all maturities. And, correspondingly, an index of European government bonds of all maturities is down more than 17%. This negative performance is particularly striking, because it is of the same magnitude as the fall of the stock markets that accompanied it. Therefore, neither de-correlation nor de-risking was possible within a balanced portfolio, leaving investors nowhere to hide.

The US government bond market is flashing strong signals of an imminent recession, as key parts of the US Treasury yield curve are inverting to levels not seen since the early 1980s. With the shorter-duration bond yields expected to continue to climb further and faster than longer-dated yields. The 10-year Treasury yield, a key benchmark for global borrowing costs, surged to nearly 4%, at the end of September, from 1.51% from the beginning of the year. While the 2-year Treasury yield, which is more sensitive to fluctuations in US monetary policy, had a historic increase, moving higher than the 10-year to above 4.2% from 0.73% over the same period. This inversion, of shorter dated bonds yielding higher than longer dates bonds, is often viewed by markets as a sign that a recession is looming.

The 60/40 portfolio, consisting of 60% stocks and 40% in fixed income, is often shorthand for the broader theme of investment diversification. The idea is that when stocks (the growth engine of a portfolio) do poorly, bonds serve as a ballast since they often don’t move in tandem. But this year, one of the biggest disappointments for investors was the failure of bonds to act as protection against declines in the stock market. This has been particularly true in the third quarter, when the 60/40 portfolio actually returned bigger losses than just one invested broadly in stocks, a rare occurrence. Perhaps most telling is that a 60/40 portfolio of US stocks and bonds is now down 20%, the second worst in record (and might still not be finished). Only the year 1931, during the Great Depression, was worse. Factor in rising prices and things get even gloomier. Considering US inflation above 8%, 2022 becomes the worst year ever, and by far, in real terms.

There is no shortage of global risks, but fighting inflation remains the key driver for bond and equity markets to mount a sustainable rebound. The clear commitment of central banks to combat inflation through stricter monetary policy, even at the price of a recession, should, in our view, calm down the yield curves over the coming months. And if policymakers can tame inflation with an economic slowdown, bonds should get back their attractiveness.

On the one hand, the yield cushion now protects the investor against negative total returns significantly more than at the beginning of the year, with the yield from corporate bonds now reaching 5 to 10%. And on the other hand, the cooling economy should cause rates to fall, allowing capital gains. This strongly improves the prospects for bonds for 2023, even if interest rates continue to rise as quickly as they have over the past nine months.

Have stocks and bonds undergone a lasting, secular change? We believe bonds and stocks should de-correlate again as inflation normalises, making the 60/40 portfolio more attractive. The question now is when will the Fed pivot, enabling them to switch to a more accommodative stance and start cutting rates again. Or could this just be wishful thinking?