President Joe Biden came into office hoping to be the most eco-friendly president in US history, with ambitious plans to fight the threat of climate change. But he has been thwarted every step of the way by congressional and judicial roadblocks. In June, the Supreme Court delivered another blow by limiting the power of the chief environmental regulator, the Environmental Protection Agency (EPA). The court ruled that the government could not set broad plans to shift electricity generation away from coal, and the EPA can no longer regulate carbon emissions. This strikes down an Obama-era plan to transition power generation away from coal-fired plants and towards renewable sources across the American energy grid.

Biden’s use of the Defense Production Act

Due to the US’s rapidly shrinking window of opportunity to achieve net zero, the current administration has started to get creative in forcing down emissions. With Biden recently invoking the Defense Production Act (DPA), which grants the president special powers deemed vital in times of national emergency. The US president has authorised the use of these executive powers to speed up the domestic production of clean energy technologies—like solar panels and heat pumps— for use in buildings, to achieve his goals. Given the pushback on US climate change regulation, tackling green goals using the DPA could become an increasingly important tool in achieving the White House’s climate policy.

The political power of fossil fuels

The blow comes at a pivotal moment for Biden’s climate agenda. Russia’s war in Ukraine has prompted an energy crisis in Europe and sent US petrol prices soaring. This has created a political crisis for the president, forcing him to propose slashing fuel taxes and to release millions of barrels of oil from US strategic reserves, while also pleading with US oil companies to boost oil supply. Also, in a recent G7 meeting, the US was among the signatories pledging public funding to European LNG infrastructure, locking in decades of fossil fuel infrastructure investment. Yet another sign of the hold the fossil fuel industry still has over US politics, undermining the steps towards carbon neutrality by the world’s second largest polluter. 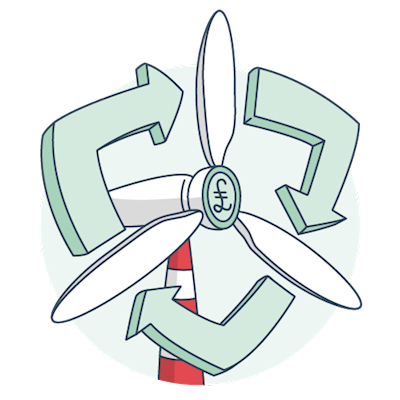 President Joe Biden seems to be at an extremely difficult stage of his presidency with the upcoming mid-term elections in focus. There seems to be a gaping disconnect: on the one hand, he is pushing the climate agenda, but on the other, he is increasing oil production, leaving many disheartened. There is a rapidly shrinking window of opportunity for the US to act and we hope Biden can push past current worries about soaring inflation and domestic politics, as well as lobbying by fossil fuel companies, and stick to his vow to lead by example.